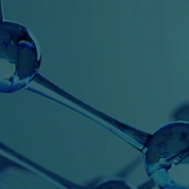 This chemical, also known as C6H6, is a volatile organic compound (VOC) with a similar structure to aniline, xylene and cyclohexane. People talk about the Kekulé model for benzene. This refers to the arrangement of the carbons in benzene. The benzene ring includes six carbon atoms in a circle and one hydrogen attached to each carbon.

Where is benzene used? The manufacture of plastic, resin, lubricants, dyes, medication and pesticides all use this chemical. These vast industrial uses of benzene cause water contamination across the globe. Benzene in water is a well-reported issue and has sparked concern for benzene poisoning.

The test for benzene in water involves an LC-MS test (liquid chromatography tandem mass spectrometry).  At Arvia we have in-house laboratory facilities and can test your water for this and other pollutants. Benzene removal from water requires a tertiary technology as the chemical persists treatment by primary and secondary processes. It is successfully removed with NyexTM technology.

Benzene Ring: The Chemistry of C6H6

A benzene ring structure consists of six carbon atoms and six hydrogen atoms. The benzene structure forms the basis of several other industrial chemicals. The original structural formula is C6H6. An example of a related compound is phenol with formula C₆H₅OH. The NyexTM process is an effective treatment option for many of the derivatives of benzene rings. During oxidation, the circular structure is easily broken down by the NyexTM system.

Is Benzene a Contaminant?

This compound is classed as a VOC which is a Volatile Organic Compound. This carbon-based compound is found in a wide variety of industrial and domestic products. Benzene water contamination occurs from both the home and from manufacturing facilities that use solvents. Levels are particularly high from the petrochemical industry. Benzene poisoning occurs when people experience high benzene exposure, such as frequently spilling petrol on skin.

Benzene uses are vast and include household items like paint, glue, detergents and fuel. Benzene contamination and poisoning involves repeated or high exposure to this chemical. Related chemicals include toluene, ethylbenzene and xylene. Toluene uses also include the formation of paints and glues, but also nail varnish remover. Ethylbenzene is found in inks and insecticides and xylene uses are mainly for cleaning.

How Do You Test For Benzene?

At Arvia we detect benzene contamination in water using an LC-MS test. It tends to be detectable in extremely low levels in drinking water. But it is found in higher concentrations in manufacturing effluent due to frequent industrial use.

How Does Benzene Get Into Water?

Benzene in water occurs in low levels from domestic use but must be carefully managed when dealing with industrial effluent. Industrial sources include manufacturers of paint, glue or petrol. Benzene water contamination is being dealt with by industry regulators very carefully as it has potentially harmful effects. It can be removed safely using an onsite tertiary treatment process, like NyexTM, which destroys the benzene ring structure.

What Happens to Benzene in Water?

Common questions about benzene in water include:

It dissolves only slightly in water and often rises to the top, therefore, benzene in water is considered to be insoluble.

How Do You Remove Benzene From Water?

Benzene water contamination is an issue across several industries, including petrochemical, agrochemical and pharmaceutical. The removal of benzene from water requires a specialised tertiary process. For example our Nyex-a system which localises the contaminant onto the surface of a patented adsorbent media. A low electrical current is applied to the media bed which oxidises the contaminant. This leaves the clean water to flow from the system. Benzene removal using NyexTM ensures that the water is safe for reuse. It is also compliant for discharge to the sewer or environment.

Benzene removal from water can also be achieved using reverse osmosis. This process uses pressure to force water through a partially permeable membrane to ‘filter’ out contaminants.

Unfortunately, the contaminants are not destroyed using this technology, just filtered out. The concentrated benzene that did not pass through the membrane is routed as a ‘reject’ stream. This reject often requires additional specialist treatment. It is often trucked off-site for incineration. This is very expensive and also damaging to the environment.

Alternatively, benzene removal using oxidation, such as the case with Arvia’s NyexTM system, mineralises the structure of the chemical and leaves no sludge or reject to manage.

Benzene contamination can be managed using an activated carbon process. This method absorbs the benzene into the internal structure of the carbon. The result is a clean stream of water.

One key benefit of the Nyex system is that the adsorbent media used in this process is simultaneously regenerated inside the system. So, there is very little maintenance and operating cost to consider.

Ozone is a powerful oxidising agent, which achieves benzene removal when dissolved in water with hydrogen peroxide. The combination of ozone with hydrogen peroxide is known as an advanced oxidation process (AOP). This process can reduce organic contaminants like this one. One of the main drawbacks with an ozone AOP is that it requires complex chemistry tailored to each specific contaminant. Read more here about technology comparison.

Although benzene removal from water can be accomplished using ozone, the dosing of hydrogen peroxide can inhibit later treatment steps and render this water unsuitable for reuse.

Nyex treated water is safe to be reused as the process requires no chemical dosing. It is also a simple ‘plug and play’ solution, requiring no complex chemistry. It just needs a relatively small amount of electricity.

What is a Safe Level of Benzene?

Major sources of benzene in water are petrochemical, agrochemical and pharmaceutical manufacturers. Safe levels of benzene contamination differ per country. Some examples are:

Other compounds associated with C6H6 include toluene, ethylbenzene and xylene. Together, these solvents are referred to as BTEX and all have shown effective removal of over 91% using  NyexTM treatment.

Benzene derivatives are made by adapting the benzene rings to form chemicals like phenol, aniline, cumene, chlorobenzene and methylbenzene. A hydrogenation technique can be used on benzene to form cyclohexane which involves saturating the benzene compound with hydrogens. Three xylene molecules: orthoxylene (o xylene), metaxylene (m xylene) and paraxylene (p xylene) can also be created and involve different adjustments to the benzene ring.

Benzene water contamination is commonplace and is leading to stricter requirements for benzene removal. This chemical is part of the group of compounds known as the volatile organic compounds (VOC). VOCs must be removed from water to comply with local regulations. This is because some are known to cause adverse effects to human health.